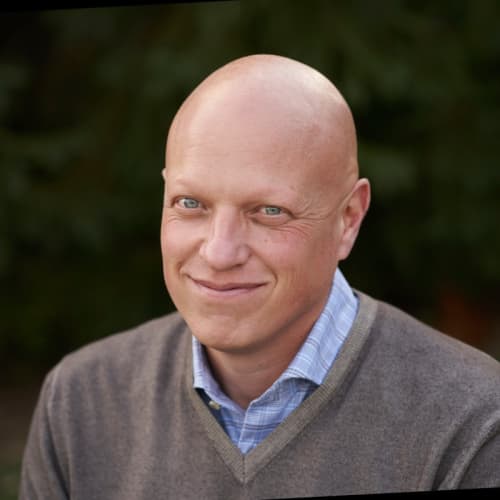 The Norwegian Coastal Administration is getting ready to begin a new, one-of-a-kind project: The Stad Ship Tunnel.

As the world’s first ship tunnel built to service both small barges and large ships, the Stad Ship Tunnel represents a shift in the use of tunnels in construction and infrastructure. 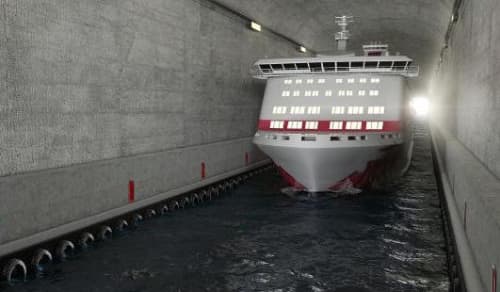 What is the Stad Ship Tunnel?

The Stad Ship Tunnel is a mile long, 188-foot wide and 165-foot tall tunnel that will be built under the Norwegian mountains in the Stadhavet peninsula in northwestern Norway.

No other tunnel like this has ever been built. The project was first proposed in 2017 and is set to begin construction next year in 2022. It’s expected to take between 3 and 4 years to complete and will cost about 2.8 billion Norwegian Kroner (about $327 million USD). 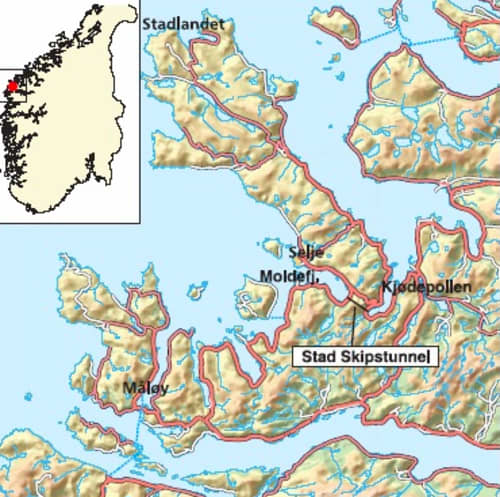 Why Build an Underground Tunnel for Ships?

The Stadhavet sea surrounding this region of Norway is notorious for having rough tides, long periods of bad weather and unpredictable sailing conditions. Ships have been known to wait a few days for clearance to approach the closest harbor.

This type of unpredictable sailing conditions impacts everything from the economy to tourism. The tunnel was proposed to provide a safe and alternative route for ships to give them a safe bypass of unpredictable sea. It also will reduce the time spent sailing to get to their final destination, stabalizing deliveries and the tourism industry in this area in a major way.

While some critics say that modern ships are more than capable of handling rough sea conditions, there are other time and fuel-cost benefits to creating a shorter and more predictable route for ships. Norway is hoping to boost freight transport and tourism with this project as well.

The Construction Process of Tunnels

Norway is already home to over 1,100 tunnels used for roads and railways. Norway is a country made up of many small regions separated by fjords, mountains and valleys. Tunnels simplified connections between these areas and allowed easy travel both by road and rail.

To quote an article from National Geographic – “No one builds tunnels the way the Norwegians do.” While building a sea tunnel of this size is a brand new type of tunnel, there is no better country to take on this groundbreaking project than Norway. 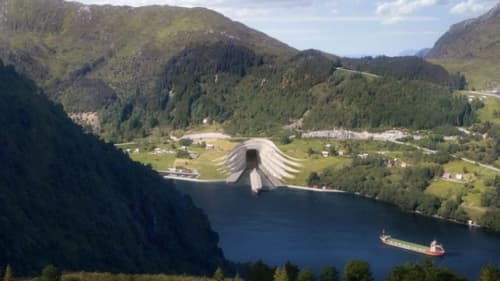 Wire-cutting and blasting will bring to life the tunnel design created by Oslo-based architectural firm Snøhetta.  A sloped terrace at each end will allow the tunnel entrances to blend in with the natural landscape while providing a geometrically and structurally stable shape for the tunnel. Underground drilling rigs and pallet rigs will aid in construction.

They estimate that a grand total of around 3 million cubic meters of rock will be removed in the process. The tunnel entrances will be fitted with concrete blocks and rubber rudders created to survive the impact of a 16,000-tonne boat moving at 5 knots – or about 9 miles an hour.

They specifically chose a narrow section of the mountains to make the tunnel as short as possible. The construction plan is for a team of contractors to drill horizontally from both ends until they meet in the middle. Then they will use explosives to clear the roof section and achieve the height needed.

Shotcrete – a type of concrete that is sprayed from a hose – will be used to secure the roof. The project will mirror open mining techniques to achieve the width and shape needed for the tunnel to be sound. Stone blockades will be used to prevent water from entering the tunnel during construction 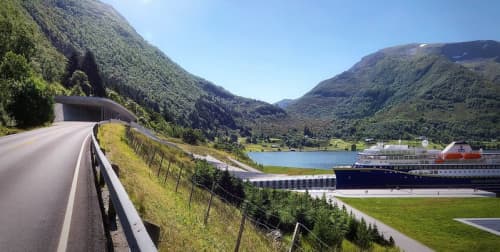 No general contractor has been chosen for it yet and bids will open soon.

The tunnel will prioritize commercial traffic and should be able to transport up to 100 ships per day. It will operate as a one-way tunnel with directions alternating every hour. Tunnel traffic will be controlled by a light system to monitor and control ship flow. Time slots will be handed out by a vessel control center which mimics the role of air traffic control at an airport.

There are currently no plans to make the tunnel passable on foot so the only way to experience the tunnel will be by boat.

The Rise of Underground Infrastructure

The Stad Ship Tunnel is one of many underground infrastructure projects to be planned and started over the next few years. This rise in tunneling projects is associated with tech advancements in the construction and tunneling industries. New boring machines, stability support systems and monitoring all make tunneling safer and more efficient.

The advancements in tunneling impact everything from roads, railways and even boats to foundation building and utility and pipe management. Whatever the future holds for underground boring and construction, the Stad Ship Tunnel is sure to amaze contractors and engineers around the world for a long time to come. 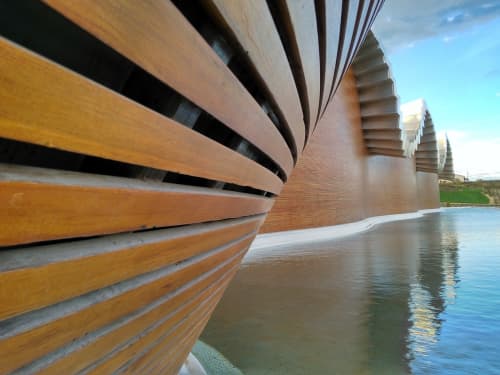