Ellis Island is home to the Statue of Liberty. Every year over 3.5 million people flock to New York City to see this iconic statue. It’s a beautiful statue with an even more beautiful meaning: the torch in her outstretched hand is meant to light the path towards freedom and liberty. “Liberty Enlightening the World”.  But what does Ellis Island have to do with the Miami Freedom Tower? 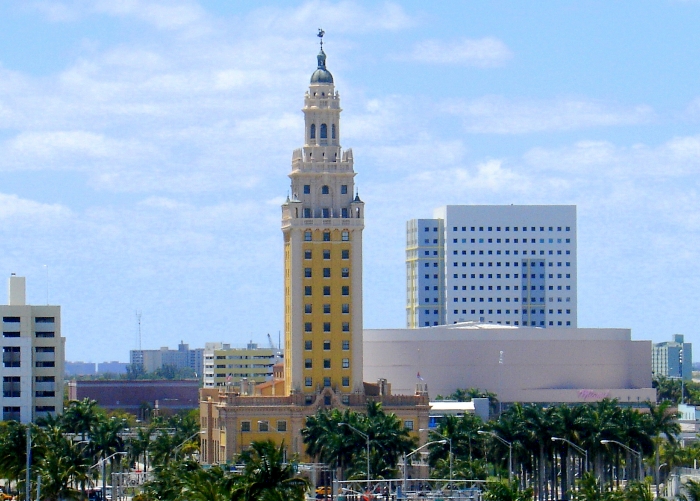 An iconic building with quite a history, the Miami Freedom tower is often referred to as the “Ellis Island of the South.” Although the building itself was constructed in 1925 it is most notably known for its role as a refugee assistance center for Cuban refugees during the Cold War from 1962 – 1974.

Although the freedom tower is now a symbol of welcoming Cubans into Florida in the 60s and 70s, it didn’t start off that way.

The building wasn’t always called the Freedom Tower. Construction of the original building started on June 11, 1924. Former Ohio governor James M. Cox had bought the newspapers Miami Daily News and Metropolis – also known as Miami News – in 1923. He was looking for a new building to act as the newspaper’s headquarters and printing facility. So, he commissioned the project.

The building was designed by New York Architect firm Schultz and Weaver. The look and feel of the building was inspired by the Giralda Tower in Seville Spain.

Seville is the capital of the province of Seville in Spain and is known for its culture, monuments and artistic heritage Seville is actually the birthplace of the Flamenco dance. The Giralda Tower is just one of its noteworthy buildings.

The Giralda Tower in Seville was originally a mosque bell tower that was commissioned in 1171. It was built to replace a smaller prayer hall that could no longer house the growing congregation of the Spanish town as its population began to grow.

In 1248, the tower was converted to a Christian cathedral when the European Christians spread through Europe and into Spain during the Reconquista. The tower underwent many renovations, including one in the 1300s after part of the tower was destroyed by an earthquake.

An Inspiration for Many Buildings

One of the largest churches in the world, the Giralda Tower is celebrated for its Gothic and Baroque architectural styles. Its design has been replicated throughout history and can be seen in the clock tower of the Ferry Building in San Francisco, the second Madison Square Garden in NYC and of course, the Freedom Tower in Miami.

The Physical Statistics of the Miami Freedom Tower

The freedom tower is 17 stories high with over 82,000 square feet of space. The tower itself is 11 stories high. A number of design and building details were put into the building, including oak flooring, cast iron decoration, wrought-iron balconies, and concrete cherubs. These reflect the Spanish style of the building.

After being completed, the building became a unique and distinctive part of the Miami skyline. 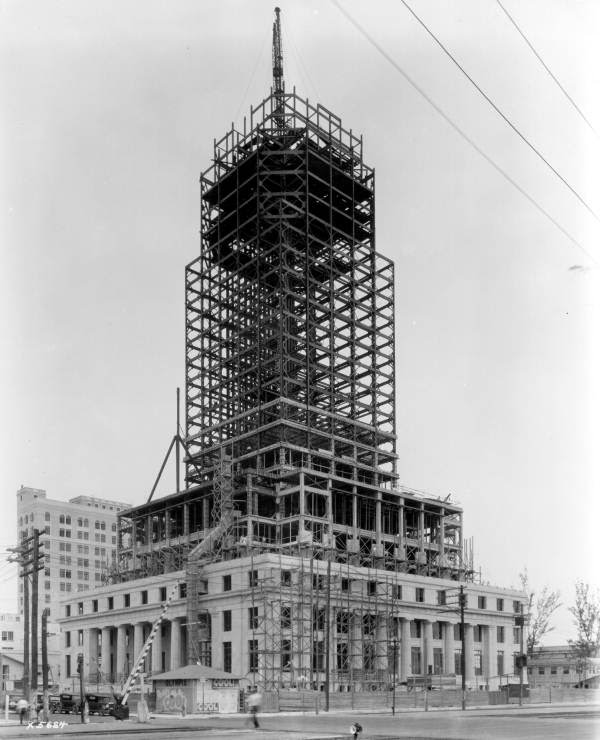 The Miami Newspaper was only in the building until 1957. It sat unused for many years until the Cuban revolution in the 1960s. Throughout the cold war, many Cubans fled Fidel Castro’s Cuba and landed in Florida, seeking refugee and political asylum.

It was President John F. Kennedy that established the Migration and Refugee Assistance Act in 1962 which granted them refugee status in the US. Once again, the building in Miami was put to work.

The Freedom Tower opened again as a Cuban Assistance Center in 1962. It provided a number of services to the refugees, including healthcare, housing, education centers and financial assistance. It is said that the Miami Freedom Tower is the “single most important physical manifestation of this period of the Cold War-era politics and the Cuban exodus experience.”

According to a Miami Dade College timeline, the refugee center closed in 1974 and the tower was added to the National Register of Historic Places. For just over 20 years, the building passed hands a few times, after being purchased by a New York City lawyer and a bank. It sat unoccupied for years and suffered vandalism. 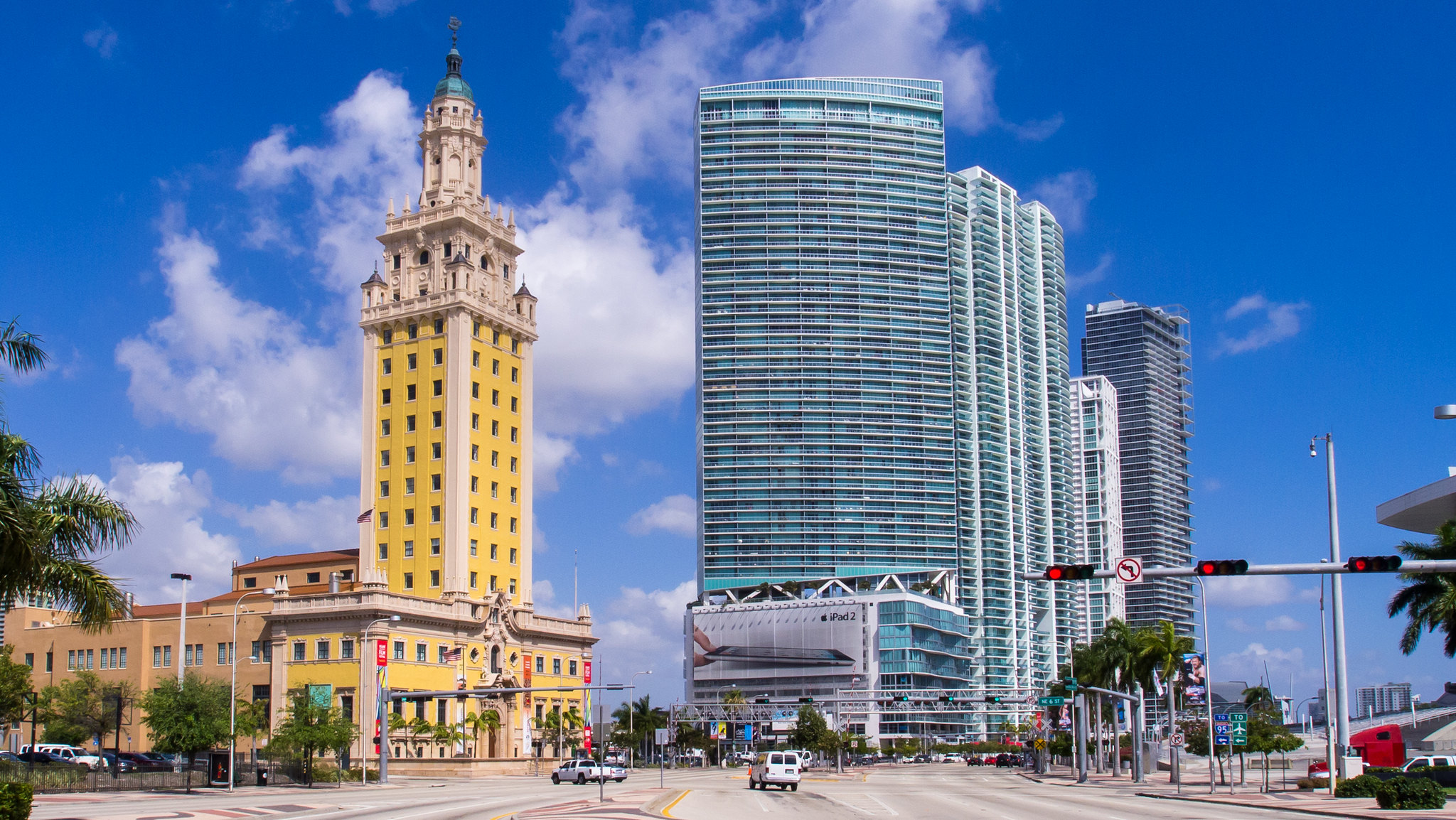 In 2005, Terra Group purchased the water from the Mas family and eventually donated the building to the Miami Dade College. Part of the agreement of the donation was that the college must create a Cuban exile experience – which was opened in 2014.

Today, the Miami Freedom Tower is still used as a museum, cultural center and educational center.

More Than A Building

Like many of the unique and noteworthy buildings around the US, Canada and the rest of the world, the Miami Freedom Tower holds much more importance than one may think. 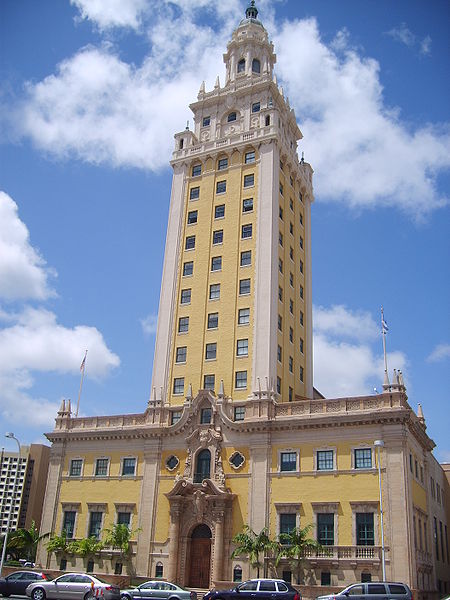 Construction is often viewed as a loud, dirty and noisy industry that slows town traffic and builds tall skyscrapers that interrupt our views. But the Miami Freedom Tower is a reminder that the projects this industry takes on can hold world-changing power. What started off as a newspaper building has since become a symbol of freedom and hope in a chaotic world. And if we need anything more in life, its hope for the future.

Up Next...
5 minute read
Building the Miami Freedom Tower