How To Protect Your Site and Equipment from Theft and Vandalism

How To Protect Your Site and Equipment from Theft and Vandalism 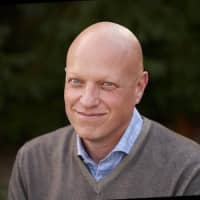 The Cost of Theft on Construction Sites

Keep in mind that the costs above are only talking about heavy equipment. There are so many other tools, small machinery and damage costs that come out of theft and vandalism.

The Real Cost of Vandalism and Theft on Construction Sites

Aside from replacing, cleaning or repairing equipment, tools and machines, there are much bigger costs involved when it comes to vandalism and theft on construction sites.

Many project coordinators specifically plan how many pieces of equipment need to be on-site doing what specific jobs each day to stay on track. When a piece of equipment is damaged, it can’t be used which throws a wrench in the plan of the entire project. Budgets can get messed up and project timelines can be delayed. In specific cases, it could even lead to projects coming to a complete standstill.

Of course, the extent of the damage or vandalism could have bigger or smaller consequences, depending on how quickly you can repair the damage or get a replacement machine on site.

Damage and Theft in the Virtual Sphere

As much as onsite and physical damage is an issue with construction sites, attacks of the digital nature are becoming more popular. Construction companies are not resistant to cybersecurity and cyber attacks. Much more of the construction industry is online than you may think.

Equipment now has telematics built into the actual machine. Payment for jobs and employees as well as other employment information is often stored in an online system. 75% of construction companies are using some sort of cloud system to store documents and project information. Just over 50% of contractors use some sort of digital software to track on-site safety and/or inspections. 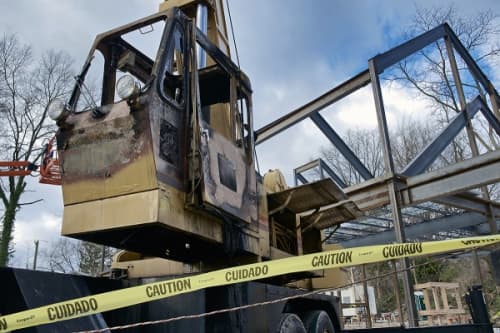 Whether you truely have onsite security cameras or are simply shelling out a bit of the budget for fake signs to put on the public-facing fences, announcing that there’s surveillance on-site can help reduce any theft or vandalism.

For companies that have the budget to do so, it’s a great idea to install actual on-site security cameras. Not only does it allow the police to follow up in the event of an actual theft or burglary, but seeing a camera can do a lot to convince someone not to break in and cause mischief. No one wants to be caught breaking the law.

One of the other benefits of on-site surveillance is that they also deter crime within your own company. If a contractor’s tools go missing, or some other issue happens on-site, then there’s a way to track what happened.

The first rule of having on-site surveillance is to let the people know that you’re watching. Not only must you let employees know you’re recording them for legal purposes, but – as explored above – it can be a good idea to post it for the public, too. 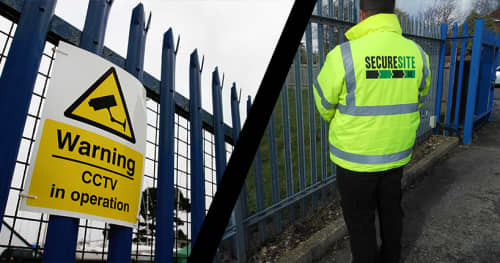 CCTV in the Digital Era

For the construction companies who like to – and are able to – take advantage of modern construction tech, there are a few other cool benefits to having CCTV (Closed-Circuit Television or video surveillance) on construction sites.

Camera technology is now being used to monitor health and safety, track project progress and keep tabs on equipment and productivity on site. With the COVID pandemic, some construction companies are using their cameras to monitor for employees with fevers. For any kind of onsite accident, recordings can help clear the construction company of any fault or insurance problems.

With facial recognition, a manual punch-in-punch-out system could fall away. Cameras could automatically clock a contractor in and out of the construction site and warn the site manager if someone has entered the premises who shouldn’t be there.

A more primal form of security is a security guard. They aren’t used as often anymore because cameras have taken their place. However, having a physical body on a construction site – especially if it’s a site that has already had some problems with vandalism – can be an added deterrent.

Now, some projects use both. Robots like the Spot by Boston Dynamics allow surveillance while also acting as a moving “body” to help scare people away.  Imagine trying to break into a construction site and seeing a robot dog with no real head running at you. That could be pretty scary.

One of the most basic ways to keep people out of a construction site who doesn’t belong there is to put up a physical barrier. Many construction sites already do this with the use of fencing. There are other cool types of barriers out there too, including one that requires a special pass to unlock the gated entrance. More high-tech security systems like this can help to track who comes on-site and when they leave.

Especially for road construction and other projects that take place mainly at night, lighting can be very important. Being able to see properly is vital for the safety and productivity of any project. Motion detecting lights can help to scare away any intruders once a site closes down. They can also make surveillance systems more productive by making any unwanted visitors visible on the recordings. 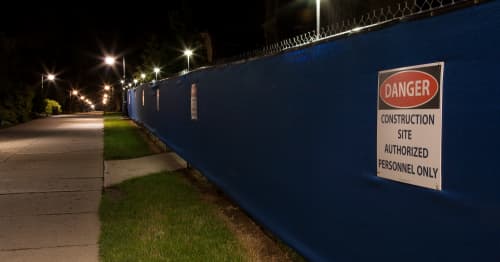 Stick to the basics

No amount of technology can overcome the basics. Make sure that all equipment keys are placed in a lockbox in the site trailer to help deter equipment theft. Don’t leave small tools and hand-held machines alone near public places or where anyone could quickly access it. Report any suspicious activity or someone you don’t recognize while at work. Close up the gates and secure site trailers properly.

Whether you’re trying to prevent small acts of vandalism or stop the theft of large machines, there are so many ways to help reduce crime on construction sites. Doing so will not only keep your site and employees safe, but it will keep a project moving on time and in budget.

Up Next...
9 minute read
Cybersecurity In Construction: What You Need To Know