It was October 1, 1971. The sun was shining over Lake Buena Vista in Orlando, Florida when William Windsor Jr. walked through the gates at Disney World. There was something very special about this particular visitor. It was the first time the park had opened to the public and William Windsor Jr was the very first guest to ever enter the park.

Today, Disney World is the earth’s most visited theme park with millions of visitors every year. The building of Disney World was monumental to the Disney empire and in making Orlando the tourist destination it is today.

The History of Disney

Disney was first founded in October 1923 by brothers Walt and Roy O Disney. The Disney Brothers Cartoon Studio also operated under the names Walt Disney Studio and Walt Disney Productions. It wasn’t until 1986 that they officially changed their name to The Walt Disney Company. 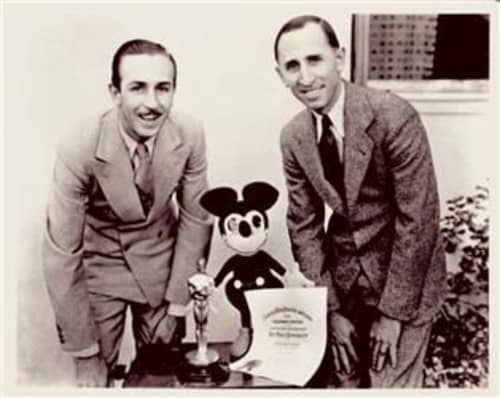 It makes sense to have made this change since, by the 1980s, Disney did a whole lot more than movies and cartoons.

The first Disney short, Steamboat Willy, introduced Mickey Mouse. Since then Disney has gone on to make over 200 movies and introduced even more beloved characters including princesses and villains. The movies include worlds and series that are popular with children and adults alike. They run a number of television channels, cruise lines, production and entertainment companies, and retail stores. What really helped Disney build its empire, however, was the introduction of theme parks.

Walt Disney visited a variety of amusement parks with his children in the 1930s and 40s before deciding to build a theme park of his own. In 1955, the first Disneyland Resort opened in Anaheim California. At that time, however, 75% of the US population lived east of the Mississippi River. He was missing out on hundreds of thousands of visitors by isolating his park to the West Coast. This is when he and the company started looking for land out East.

Choosing a Location for Disney World

There were many considerations for where to build the next Disney park. For a while, Niagara Falls was in consideration but the cold winters could make for a shorter tourist season. Going south, Walt Disney and his Imagineers got into planes and flew around to scope out an area for his next park. This is when he saw the Lake Buena Vista area of Orlando.

Before Walt Disney arrived in Orlando, Florida it was primarily a military town. With a population of about 50,000 people, the area featured the Orlando Airbase and McCoy Air Force base. The swampland and breezy streets didn’t exactly call out to travelers. Walt Disney, however, saw something special in the swamp.

The Appeal or Florida’s Interstates and Weather

There were three main reasons that this area appealed to Walt. This section of Florida was right by key transportation intersections, including brand new interstate highways and, of course, the Orlando airport. The swampy ecosystem meant that the land would be cheaper to buy. There was so much to buy, too, that he could really make his dream come true. Plus, the weather would allow for year-round tourism. It seemed like the perfect spot.  If he could build a Disney theme park here, he knew people would come.

Step One of Building Disney World: Procure The Land

Walt Disney was a sneaky man. He wanted to buy up large amounts of land by Lake Buena Vista without raising suspicion or tipping off landowners. If they knew who was buying it and what he was buying it for, he thought that people could hike the price or demand more from him.

Disney created a bunch of proxy companies to purchase the land in parts, some acres being bought for as low as $100 USD – about $875 in today’s money. Many landowners and farmers were happy to sell it since it was quite a murky and swampy area. When news broke about who had actually bought the land and what it was being used for, these prices jumped up, some areas as expensive as $80,000 per acre.

An appraisal of the Disney World property in 2011 estimated that the worth of the park was over $1.3 billion. It appears that Walt had in fact chosen the perfect location to build his park.

Construction started in secret much like everything else at the beginning of the project. Speculation about what was going on included rumors about a new NASA space center or an investment project from the likes of Ford or the Rockefellers.  While the rumor mill turned, construction began.

The first step was to make the area buildable and workable. Contractors worked to dig the Seven Seas Lagoon – the sand and dirt that was pulled up being used as a foundation for the rest of the park. Lagoons, rivers, moats and canals were worked around the entire park to help keep the water controlled no matter the weather.

The Magic Kingdom opened on October 1, 1971. Costing approximately $400 million over 18 months, the entire project employed over 9,000 construction workers. Since that opening day, the park has experienced major renovations and new building projects. The EPCOT building is considered one of the most creative buildings to ever be constructed.

The EPCOT center opened in 1982 after 26 months of construction by over 10,000 construction workers. During the next few decades, multiple additions to the park including new hotels, rides, theatres, resorts, and attractions were added. Animal Kingdom, Discovery Island, Typhoon Lagoon and more helped to make Disney World truly a world of its own.

What makes the history of building Disney so unique is that construction has never really stopped. Every addition, improvement and expansion has added to the original plan of the park.

The most iconic building of Disney World is arguably Cinderella’s castle. It was completed in July, 1971 and took about 18 months to complete. It is 189 feet tall, designed to be seen from the Seven Seas lagoon at the front of Magic Kingdom. The building cost about $4.7 million at the time to build – not including any of the interior work or updates that have taken place since the 70s.

The iconic building was designed by the Walt Disney Imagineering team and was built without using any bricks. Only concrete, steel, cement, plaster and fiberglass were used in construction.

While Disney employs a collection of what they call “Imagineers” to help plan and design the park, it is often local construction companies and contractors who actually do the work in the park.  Disney+ has a historical documentary series called “The Imagineering Story” that dives into this part of the Disney company.

There is, however, a Disney-specific construction company that does much of the work itself: the Buena Vista Construction Company.

Construction at Walt Disney World has included many local contractors in the Orlando region. Hubbard Construction, for example, prides itself on being a “preferred and truncated contractor or Walt Disney World”. Hubbard has helped to build the monorail and excavate Bay Lake as well as work in the Animal Kingdom Lodge.

With so much construction happening at the park, it makes sense that Disney would create their own construction company. Surprisingly, there isn’t a lot of information about Buena Vista Construction Co. online. They do not have a company website, they have no mention on the Disney website and aside from some news about work at the EPCOT center, they seem to exist with little exposure in the public eye.

What We Know About Buena Vista Construction Company

Buena Vista is a name used for many of Disney’s subsidiaries. Distribution companies, gaming companies, home entertainment distribution, and yes, construction, are all done under the Disney umbrella under the name Buena Vista.

Buena Vista Construction Company doesn’t have a lot of public information available. One of the few pieces of information about it is about Joe Fowler, a U.S. Navy veteran who helped to build warships during WWII. He retired from the navy in 1948 but was convinced to retire from retirement by an offer from Walt Disney himself to help build Disneyland.

According to a book called Walt Disney’s Railroad Story by Michael Broggie, Joe joined Disney for a temporary construction job in 1954. It turned into a full-time 18-year career with the company. He eventually held the title of Director of Construction for Walt Disney Productions and Disney’s Buena Vista Construction Company.

Why Is There So Little Information about Buena Vista Construction Company

Much of what Disney does is supposed to be a secret. Just like as Walt Disney tried to buy and start building his park, many of the new expansions and plans for the park are done under a veil of secrecy.

Since Buena Vista Construction Company does projects for Disney exclusively, there’s really no reason to have a company website. There is an unofficial Facebook page that simply directs you to disney.com. Either way, there isn’t a whole lot of information out there about the Disney-owned construction crew.

Building Disney World took decades. Today, there is still much work being done to improve the park and to create new magical spaces for its guests to enjoy. Although Walt Disney died in 1966 and never got to see his park come to life, his vision has brought joy to millions of people around the world.

With over 58 million annual visitors paying over $7.18 billion dollars in admission alone, the vision of Walt Disney lives on. For local contractors and construction companies who build relationships with the brand, there will never be a shortage of projects – small and large – to help mold Disney world for future generations.

Up Next...
6 Minute Read
Building the Venetian Pool