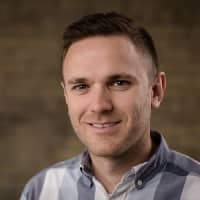 Skid steers are one of the most common pieces of heavy equipment on every construction or landscaping project due to their versatility. They can lift, dig, move, drill, and more if they have the right attachments. But it's their range of sizes that really makes them such popular loaders for any project.

When picking the right skid steer for the project, it's important to know all of the options you have to choose from. While there are several skid steer manufacturers, not every company builds products within every size category or with the power to handle every scale of the job.

Typically, small-frame skid steers are used for smaller jobs or ones that don't require lots of lifting and power. For example, they're great for landscaping projects, interior demolition, underground construction, and working in buildings because those spaces are often more restricted. Because of their small size and ease with navigating corners and tight spaces, small-frame skid steer loaders are very common for small-scale projects. They're also much easier to haul from site to site which can help save on costs when job sites may require less machinery or time.

Mid-frame skid steers are the most commonly used skid steer in construction and landscaping as a whole. That's because they're a really safe bet for getting the job done on any site with the power and rated operating capacity (ROC) they provide. For the most part, they can also safely fit through most residential or suburban backyards which makes them great for DIY or homebuilding projects in general. Between mid-frame and small-frame skid steers, you really can't go wrong. All you should be doing is checking the size requirements or dimensions for any heavy equipment on the job before picking.

Lastly, there are the large-framed skid steers. These machines are great when moving large amounts of dirt, gravel, or bricks and require attachments like buckets or blades because they typically require more horsepower. You will also need large-framed skid steers for most road building, demolition, and drilling jobs because of the heavy materials and demand for sheer power and force in these types of projects.

Now that we know about the different size ranges, let's get into each brand and their skid steer models.

Skid Steer Models, Specs, and Sizes for Every Brand

The most common skid steer specs that people care about are ROC, operating weight, engine horsepower, width, and wheelbase. The ROC is usually the most important factor when determining what model to choose. This is because the ROC number signifies the safest load capacity that a specific skid steer can carry. The ROC is normally 30 to 50 percent of the tipping load limit - the amount of weight that the skid steer could carry without flipping.

Horsepower is important to consider when the machine might be used for multitasking purposes like using hydraulic systems and other machine functions at the same time. However, balance, ROC, operating weight, and wheelbase are typically more important.

In construction and landscaping, Bobcat is almost synonymous with the skid steer. That's because they are credited with inventing the world's first skid steer more than 60 years ago. It makes sense then that they are the best-selling skid steer loader company. They also have the most selection of any skid steer manufacturer.

The M3-Series and R-Series are Bobcat's newest models of the skid steer. However, they mostly exist to serve the small-frame and medium-frame markets. If you're looking to do demolition jobs or anything with extremely heavy lifting, the Bobcat M2-Series is probably your best bet. Check out Bobcat's full skid steer specs sheet.

The New Holland 300 series are another popular skid steer option for construction and landscape workers. With six models on the market, they are powerful machines with great fuel usage.

The Caterpillar D3 skid steer loader series covers a wide range of lift heights, ROCs, and horsepower. They are known for their reliability and durability while their hydraulic system is one of the best in the industry and provides lots of additional power to the skid steer.

While they are most known for their incredibly comfortable medium and large-frame skid steers, Wacker Neuson manufactures skid steers of every size. In their catalog, they have eight skid steer models with ROCs ranging from 1,600 lbs to 3,200 lbs.

CASE has more than 50 years of engineering and experience behind them and they've developed the B Series skid steers to be workhorses for the construction and landscaping industries. What sets CASE apart from other brands listed is their industry-leading visibility from within the skid steer cab and hydraulic options.

With a variety of sizes, horsepower, and attachments, CASE skid steers are a great choice for any fleet or rental. Compare CASE skid steer models and specs in more detail.

As hydraulics have become more efficient over the years, small machines are able to do more without losing power. Since GEHL manufactures some of the smallest skid steer options, this is incredibly important. However, the range of GEHL's skid steers is something to be highlighted. Their smallest model, the R105 has a ROC of 1,049 while their biggest skid steer, the V420, has a ROC of 4,200.

As you can see, whether you're working on a big job or small, GEHL's skid steer options have you covered. Learn more about GEHL's radial and vertical skid steers.

With Kubota manufacturing and sourcing many of the engines for skid steers on this list already, they decided to make their own models as well. The Kubota SSV Series of skid steers are powered by their own diesel engines and are designed for both radial and vertical movement.

While not having the range of options that other brands provide, you know that their power and engines are going to be high quality and last a long time. However, they don't have machines for every job site so make sure you know what is required before picking a Kubota skid steer. Read more about the Kubota SSV65 and SSV75.

With a range of options only matched by GEHL on this list, Manitou has 10 different skid steer models to choose from. With their reliability and performance, they also have the same range of power.

Another brand able to satisfy the small-frame, medium-frame, and large-frame markets, Manitou's diverse list of skid steers is perfect for every job. Compare all Manitou skid steer models.

As engine advancements for skid steers continue to be improved, JCB has figured out ways to enhance torque and power while consuming less fuel. They're also the first company to create a skid steer with a telescopic boom, the Teleskid 3TS-8W, for increased lift and reach potential.

With only one option and not a lot of data about the specs out there, Sunward's skid steer model, the SWL3230, is a large-frame skid steer with great power and is incredibly reliable. However, depending on the job, it might not be the best machine for you. Especially if you're looking to be moving various amounts of weight.

You can find out more about the SWL3230 on Sunward's brochure page.

With their radial and vertical skid steer models, ASV manufactures two machines that perform incredibly well. Built for large-scale projects, their hydraulic systems ensure that power is shifted as efficiently to the attachments as possible.

While ASV does only manufacture two skid steer loaders, they have a wide range of skid steer attachments that work on their machines and are compatible with others as well. Compare ASV skid steer models.

With only one option, the KATO AS12 is specifically designed for small jobs and fits a market that not many other manufacturers target with their skid steers.

Not made to be overly powerful, the AS12 is perfect for jobs that are extremely narrow or where power and load are not as critical to the job. Read more about the KATO AS12 specs.

As we've learned, not every skid steer will work on any job. There are important factors, like lift height, ground clearance, power, and ROC, that play into picking the right piece of equipment. We hope this summarization of skid steer specs is helpful in determining the best fit for your next construction or landscaping project. Find your next skid steer rental on DOZR Marketplace.

Tim Forestell
Tim Forestell is one of DOZR’s co-founders and CCO. Tim got started in the industry as VP Operations for Forestell Landscaping before founding DOZR with Kevin and Erin. Aside from the amazing team at DOZR, his favourite thing about DOZR are the customers. Working with DOZR renters every day gives him a peek at the evolution of different projects and hearing stories about projects being developed from start to finish.